She lives her life to the fullest and she is fulfilling her dreams every day, even the craziest ones! A few years ago, she decided that she didn't want to let the days to pass by like a sand in an hourglass. She is a woman, a mother of two daughters and one son, a wife of a great man, an expert in online marketing and a successful online entrepreneur.

Stania inspires people how to live freely, joyfully and to the fullest, and she's teaching them how to use the potential of the internet and online marketing to be able to make their dreams come true and do what she calls Beach Business.

My story - how I got to Beach Business

When I think about who I am today, the best description gives this sentence: I live my life to the fullest, I make my dreams come true, even the craziest ones, every day.

I love traveling, so I travel a lot, and to the destinations, I have always dreamt of before. I have hiked the Annapurna Circuit in Nepal, I've lived in the mountains around Lago di Garda, Italy, for few months as well as in the middle of pulsing New York.

I don't like Czech winters, especially the ones in my home town, which are full of smog, fumes, dirty snow and fed up people. As a result, I haven't been spending most of the winter time in the Czech Republic for a few years now. I spent my winters in Bali, Mauritius, Florida, Spain and other destinations.

I have the freedom to live anywhere in the World

I love spending mindful time with my three children, Victoria, Anna, and Yuri. I enjoy going cycling in the afternoon, playing games together or just taking a walk. We like traveling and discovering the world. I love showing them the beauty of life.

I have time for it.

It's very fulfilling for me to inspire other people, how to live their lives full of freedom, happiness, and their own fulfillment. I write articles for my blog and published several eBooks. The most read one is From a Stressed Out Mother to a Beach Entrepreneur In 1 Year, 3 Months And 10 Days.

I am also an author of the Beach Business book, which currently has more than 15,000 readers and inspires people all over the World. and also of the Beach Business Online Course, where I teach my students, how to set up the whole system of online selling, how to do the beach business the way I do it. The course is the English version is being prepared.

I am an author of the Beach Business Online Course, where I teach my students, how to set up the whole system of online selling, how to do the beach business the way I do it. The course is the English version is being prepared.

My vision is to give people clear, functional and experience proved procedures and I guide them step by step to their online business.

And at the same time, gently lead them to the depths of their soul helping them to discover, WHO they are. So they can enrich this World by using their natural gifts to the full potential. 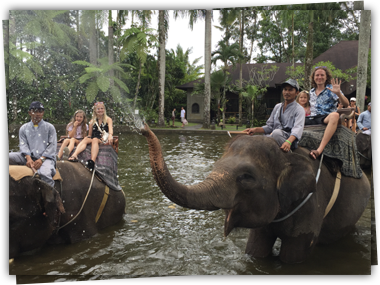 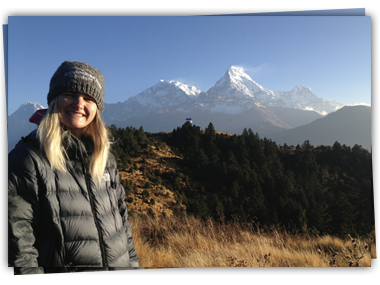 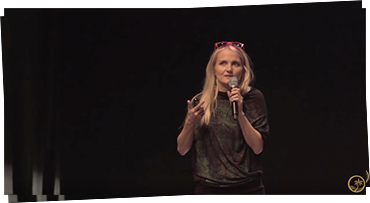 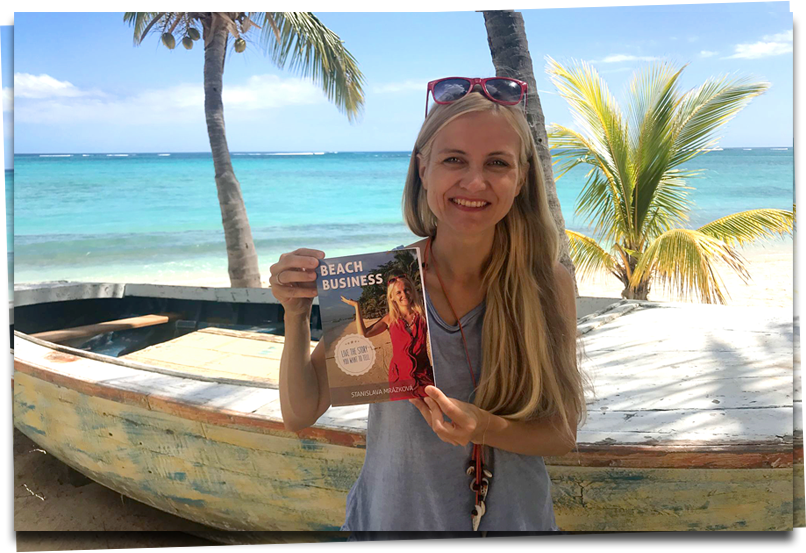 Though, this all was just an unachievable dream for me a few years ago...

I had dreamt of the life I live today. I had been longing for it. In 2010, the reality was quite different though.

Two little kids, our construction company was on the edge of bankruptcy, and my marriage was falling apart. I lived my life in a prefab, with few last coins in my purse. I was 26 and I felt like I was sentenced to a life, which didn't make any sense to me.

How does it make sense to live a life, where there is no place for love, freedom and fulfilling dreams? How does it makes sense to show my children life where I am not happy? Will they ever be happy?

I decided I needed to change it.

If you are interested in my story about what all I had to change, how I left my collapsing marriage and company and started to create a life that most of the people around me considered as mad, read my free eBook From Stressed Out Mother To a Beach Entrepreneur.

OK, so I decided to change it.... But where had the thought of beach business came from?

Since 2005 I have been intensively engaged in a field of online marketing. At first, in my dad's company, later, in my first construction company. That was why I decided to take other steps, after making the decision to change my life, leading to the world of the internet marketing again.

The breaking point was May 2010, where I attended two seminars from the author of Millionaire's mind book, T. Harv Eker, in London. (Millionaire Mind Intensive and Guerrilla Business Intensive). Courses focused on business and online marketing.

I got to understand a lot from the background of online marketing, the techniques, the strategies which earn money on the internet, and also knowledge. The winners in this field are those who have the best information and also the ones who take ACTION.

In these seminars I had also heard the term eBook for the first time and that it's possible to sell it automatically on the internet.

I didn't have a clue how the system worked back then, but I knew, this was exactly what I wanted to do. The journey of discovering, what I was actually going to write about and how to automate the whole process in order for it to run smoothly and "from the beach", and finding out how to sell the eBook in a way it would earn money, was extremely long. I am, however, glad I've stuck to it.

In January 2013 I started at full blast, I set up my own blog. At the beginning of the year, I launched the eBook How to Write an eBook in 14 Days and in the second half of the year,  I created a continuation of this eBook, which was called How to Successfully Sell an eBook.

During this period, I had also collected a lot of new and valuable know-how of how to sell on the internet, mostly thanks to the experiences as a project manager in campaigns, that were without a doubt, the most successful online campaigns on the Czech internet market in 2013. It gained almost seven thousand paying customers and over 110 thousand people in mailing lists.

My own mailing list climbed from zero to more than 2000 people in 2013 and now, several years later, there are more than 40 000 people. Mainly thanks to the free eBooks and webinars.

My whole story
in my e-book: 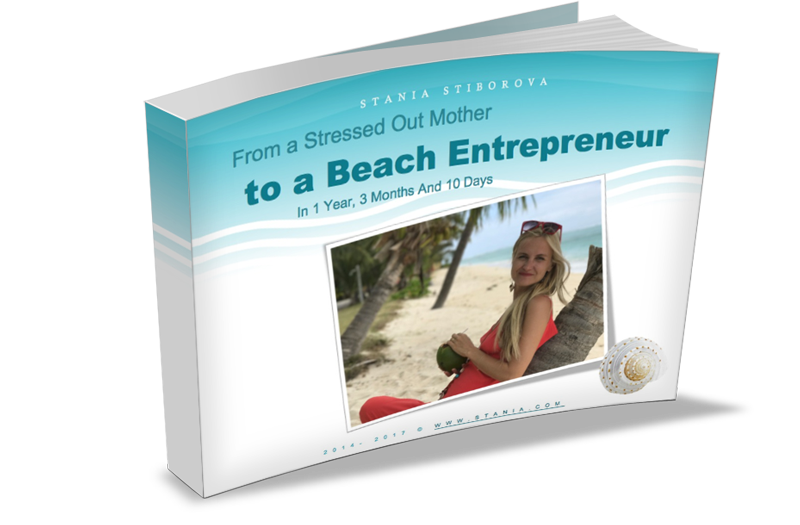 So the time of sharing has begun

Since then I have learned a lot about what works on the internet, and how to correctly set up and run an automated system of selling. I am in the TOP10 online business owners in the Czech Republic today, and the ones I actually learned from are now learning from me. I don't keep my know-how to myself. Why may you ask? Well, I believe in the power of cooperation and sharing.

I don't keep my know-how to myself. Why? Well, I believe in the power of cooperation and sharing.

You can also benefit from my know-how and experience, in many ways: 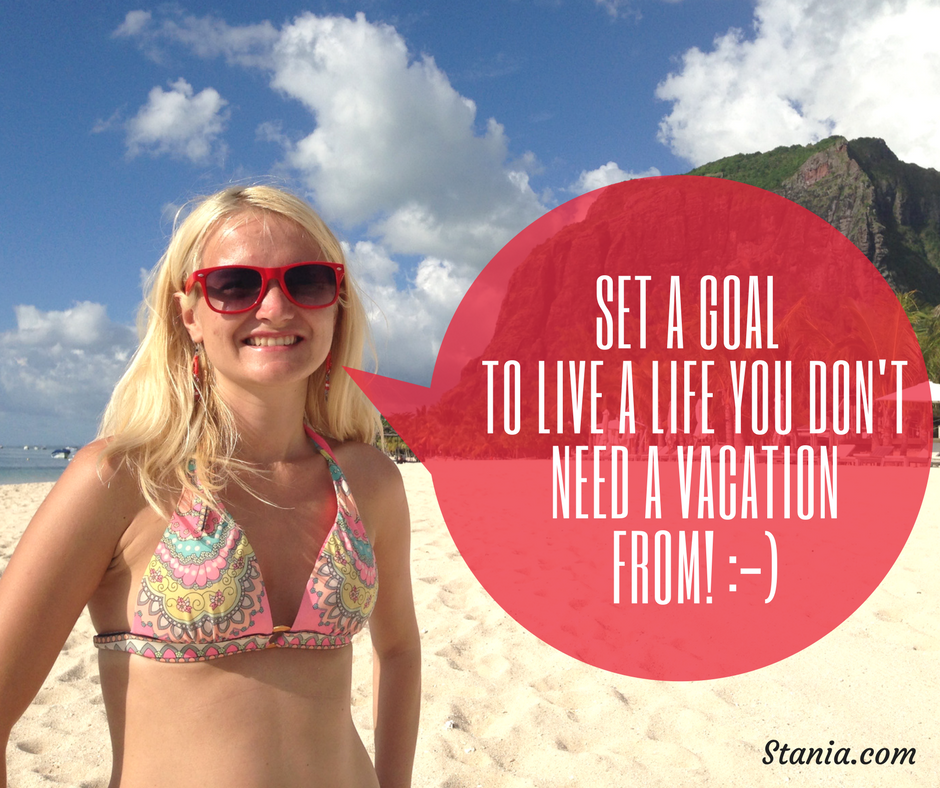 I believe that you can find some inspiration here. 🙂

Have a beautiful day and live a story you want to tell. 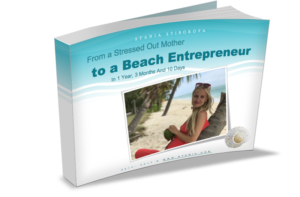 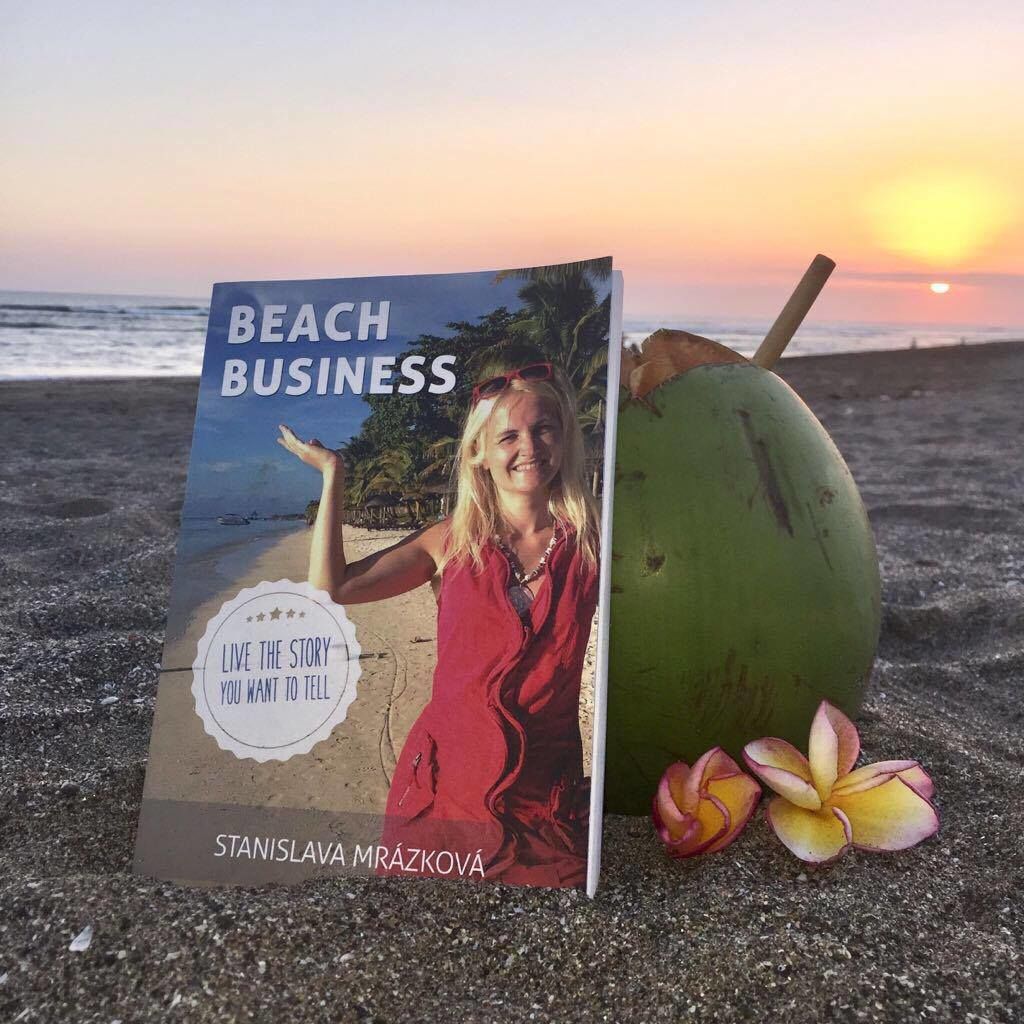